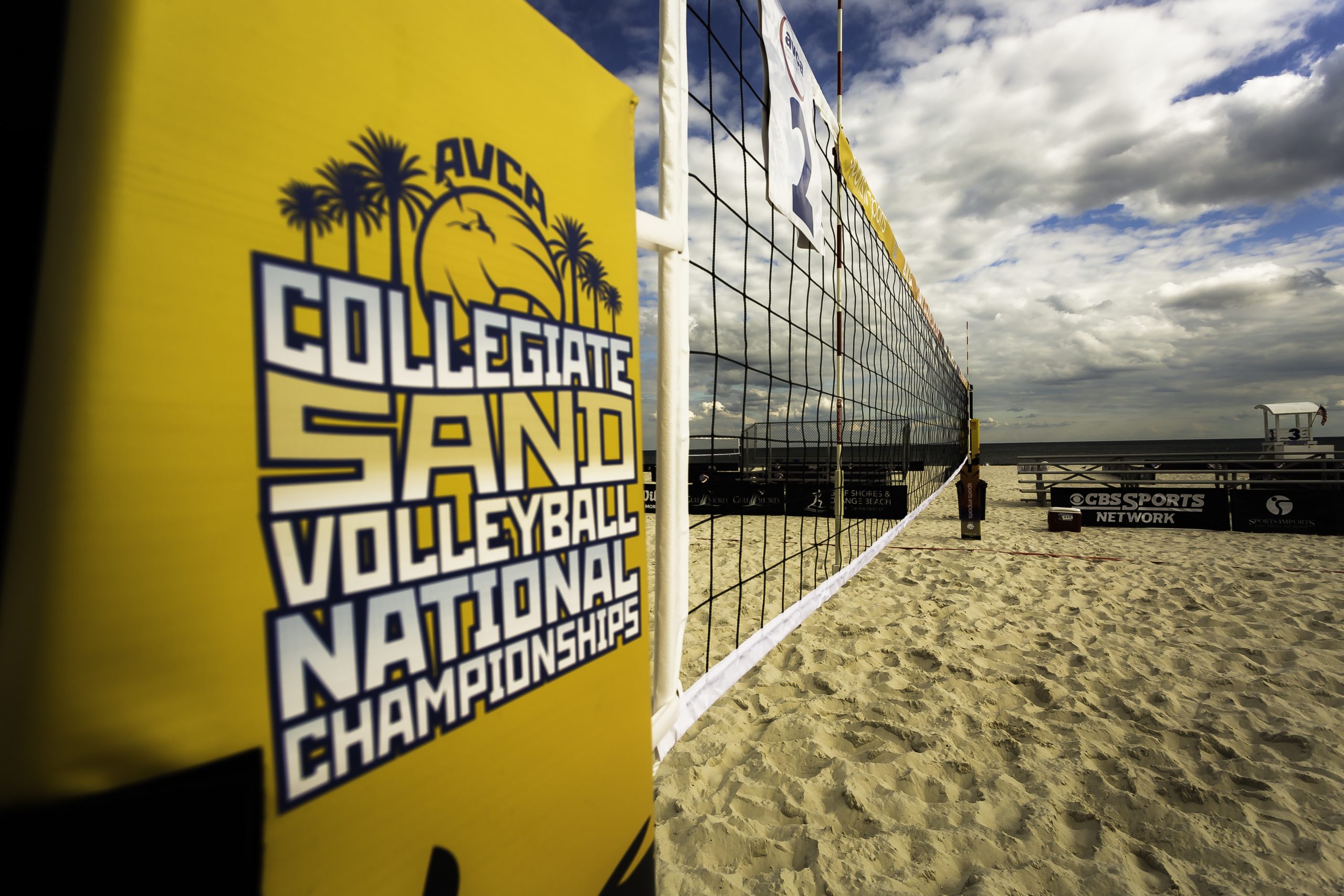 Over the years, the titles beach volleyball and sand volleyball have been used interchangeably, which has made many in the industry question what the sport should be called.  Beach volleyball has a long history, dating back to 1920 when the first permanent beach volleyball nets appeared in Santa Monica, California.  The game then began as a recreational activity, and the first inter-club beach volleyball competitions began in 1924 (http://en.wikipedia.org/wiki/Beach_volleyball).

Beach volleyball matches played in the early 1900’s were usually played with teams of six per side, similar to indoor volleyball.  Paul “Pablo” Johnson, an indoor player, helped change the game of beach volleyball into a two person per side game.  In 1930, Pablo Johnson and some fellow players wanted to play a match but didn’t have enough players for a six-man game.  The foursome decided to go ahead and play a match of 2-on-2, which then became the first recorded beach doubles match!  After experimenting with different beach volleyball court size scenarios, Johnson and friends decided to try out a full-court game, and the rest is history!  The game of beach volleyball then began to change around the world.*

So, where did the term “sand volleyball” come from?  As the sport of beach volleyball became more popular, schools across the country began to add the sport to their list of team sports on the high school, club, and collegiate level.  Many schools couldn’t offer an actual beach to play on, so they began building their own sand courts, thus the name “Sand Volleyball.”  According to the NCAA, “When the sport was placed on the list of emerging sports for women in 2009, it was called sand volleyball.”  On March 7, 2012, NCAA Division I “Sand volleyball” made its debut, and in April of that year, Pepperdine University won the first AVCA Collegiate Sand Volleyball National Championship!

After four years of the AVCA Collegiate Sand Volleyball National Championships (2012-2015), collegiate beach volleyball was approved to become a championship NCAA Division I sport in October 2014!  Division II and III were then approved in January 2015, and the NCAA and sport governing bodies made the decision to call the sport “Beach Volleyball.”  The NCAA stated, “Beach volleyball is the fastest-growing NCAA sport with 50 colleges and universities sponsoring it as of January 2015.  The sport is known as beach volleyball at all other levels of play throughout the world, the committee made its decision on the name based on membership support from all three divisions’ championship committees, as well as the support of the American Volleyball Coaches Association and USA Volleyball.” 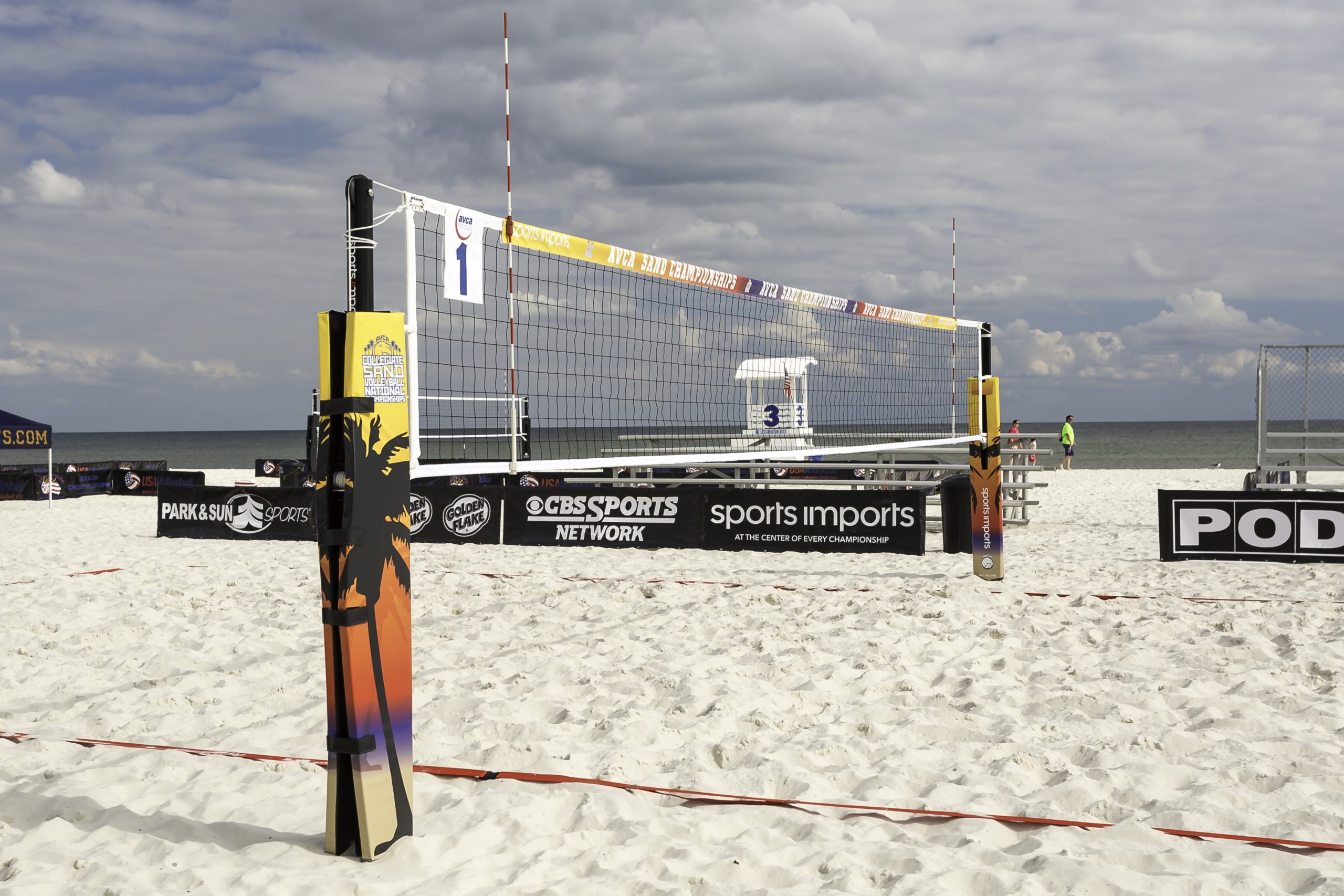 *For a complete history of Men’s and Women’s beach volleyball check out “Sands of Time” by Art Couvillon.

Join us as we talk with @KellyPSheffield on his @BadgerVB Final Four Journey MasterCoaches Wednesday Weekly BUZZ #83 is back live today! https://fb.watch/aD-pQ9QwL5/ via @FacebookWatch

Congratulations to Southwest Volleyball Club in Lubbock, Texas for opening a new volleyball facility! We are honored to be a part of it all, thanks for being a part of our team!

Custom pads with a faded look! What do you think? #custompads

Sam Marsh of @PennStateMVBALL is the @SportsImportsVB / AVCA Men’s Div. I-II Player of the Week. In two wins over No. 6 Grand Canyon, the senior hit .782 (19 kills, one error, 23 att.), including going 7-for-7 with no errors in the first match.
Release: http://bit.ly/3qdyylM