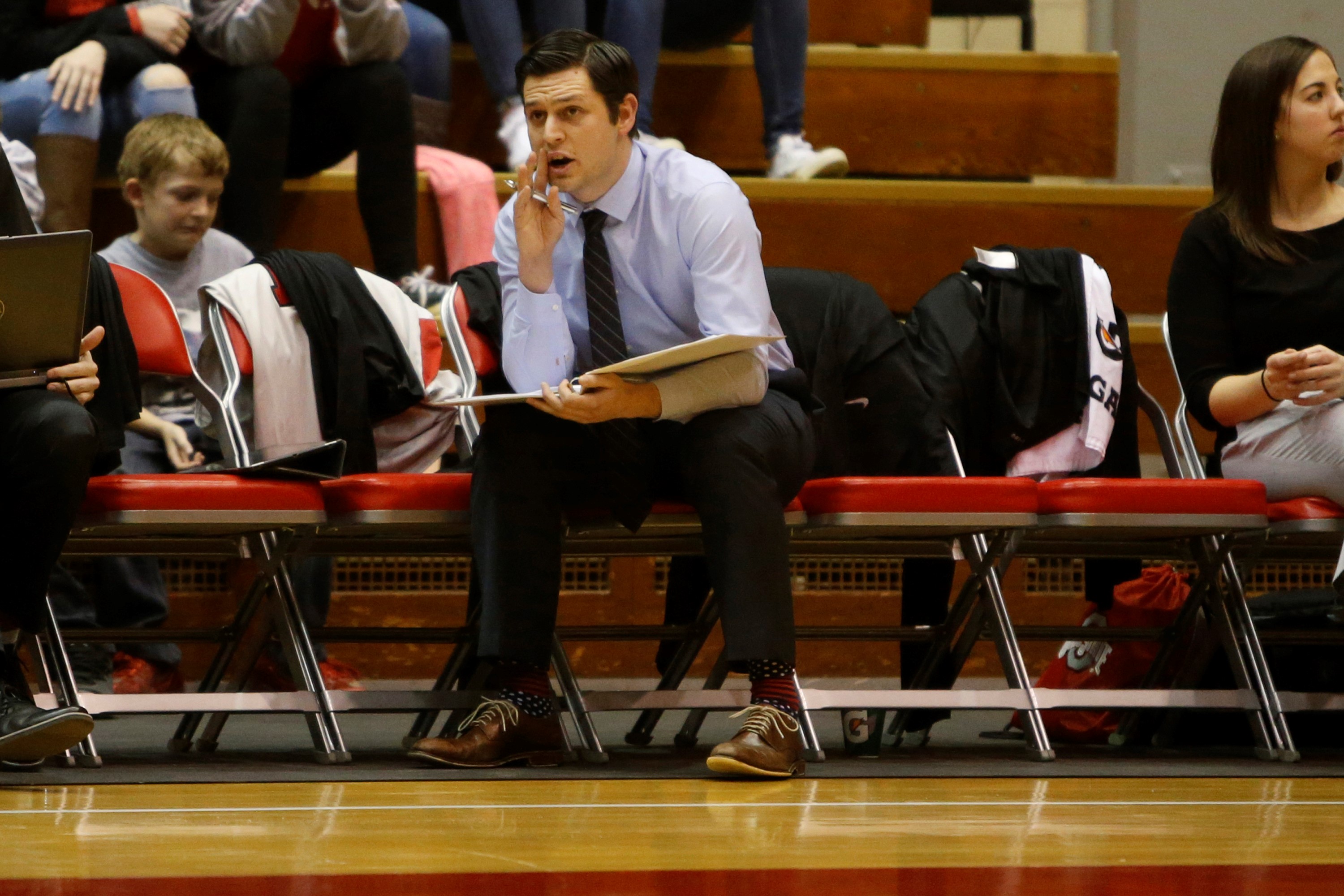 On May 21, 2019, Kevin Burch was named the ninth head coach in the history of Ohio State men’s volleyball. During the past three seasons at Ohio State, Burch was an assistant coach and also the recruiting coordinator.  He graduated from Ohio State in 2011 and began coaching as a volunteer assistant with the program from 2009-2011. After leaving Ohio State in 2011, he coached at Columbus State, Springfield, UC Irvine, and then returned to OSU in 2016. We asked Coach Burch to share some of the highlights of his journeys over the past few years.

What does it feel like to earn seven consecutive national championships while a part of 4 different volleyball programs?

I feel incredibly lucky to have been able to work with and learn from the best coaches and players in the NCAA. Coach Hanson and Coach Embaugh have put so much time in over the past 32 seasons to build this program into what it is today and I just feel lucky to experience their success with them. They have both earned every bit of accomplishment this program has achieved. 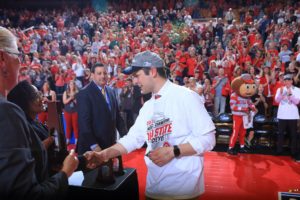 Can you tell us about your initial journey to Columbus that was inspired by your grandfather?

My Grandfather, Darrell Burch, was born and raised in Coshocton, Ohio and graduated from The Ohio State University with his bachelors, Masters & PhD in Physics before moving to California to work for Ford Aerospace in the early 1960s. I was born and raised a Buckeye and can remember going to the Orange County (Ca) Alumni Association watch parties with my grandparents every Saturday to cheer on the Buckeyes. When I was 15, my grandparents surprised me and took me back to Columbus for the Ohio State vs Michigan football game. Prior to the game, my grandmother took me to the skull session and I can still see the look on her face when the band marched down the ramp in St John. We often take recruits to the skull session and when the band marches down the ramp I have to pinch myself that this is now part of my job. If I wasn’t already a Buckeye for life, I certainly was after that game. Fast forward 5 years, I was ready to transfer to a 4 year institution after a very brief playing career at Orange Coast College (JUCO). I knew the only place I wanted to transfer to was The Ohio State University. Coach Hanson graciously offered me a student manager role when I arrived on campus in the fall of 2008 and I haven’t looked back since.

We noticed you are from southern California, can you please tell us where and what it was like growing up there around volleyball?  Did you play on the beach? Were you a part of a club?

It’s funny, I actually grew up playing soccer and didn’t start playing volleyball until my junior year of high school. I grew up in Orange, CA, which is far enough from the beach (30-45 mins) that I wasn’t exposed to the SoCal beach volleyball culture. My parents grew up playing in rec leagues and my close family friend played for a dominant boys club in the area that’s what eventually influenced me to give it a shot. I’ll never forget sitting in the class the day after my first practice and being so excited to get back in the gym to play. It was a level of excitement I never had with soccer and one I haven’t lost since. It wasn’t until the summer prior to playing in JUCO that I finally started to play on the beach, though it didn’t last long… Let’s just say I didn’t have much talent when it came to playing volleyball, whether it was indoor or on the sand as I found out.

What is one thing that most people do not know about you?

Over the past few years I have really gotten into wood working. I really enjoy making (or attempting to make) furniture. I’m not very good at all but my brother is incredibly talented and has taught me a ton. As much as I hate to admit it, I’ve gotten into gardening with my wife. If you would have told me I would develop these two hobbies 5 years ago, I would have thought you were full of it, but I’ve had a lot of fun with it.

We wish Coach Burch success in his new role with the Buckeyes!  To learn more about the new head coach, visit: https://ohiostatebuckeyes.com/coach/kevin-burch/.

Sorry, no Tweets were found.