The DE11-S is the Sitting Volleyball Net System used by USA Volleyball. 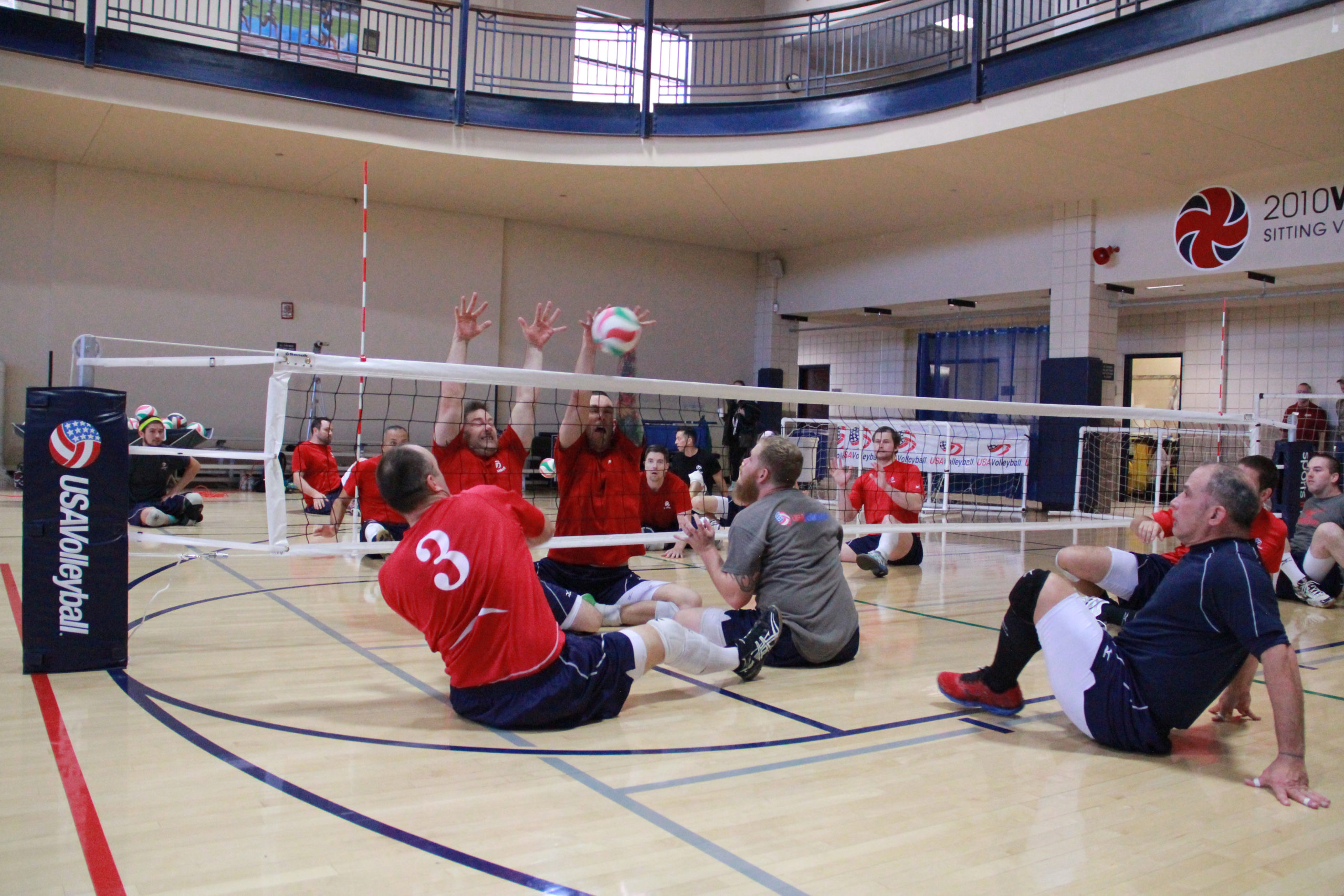 The Sports Imports design team is excited to announce the DE11-S: Sitting Volleyball Pole that has been modeled after the iconic, red DE11 competition steel volleyball pole.  Kathy Daughters, Marketing Coordinator at Sports Imports states, “Offering Sitting Volleyball equipment shows our diversity and our desire to provide the best quality equipment for everyone who has a passion for the sport of volleyball.”

The DE11-S is made specifically for Sitting Volleyball, and it features 18 permanent net height settings including height indicators for women’s and men’s height; and pin-lock height adjustment for guaranteed net height.  This volleyball pole is made in the USA, backed by a lifetime performance warranty, and is used at the USA Paralympic Training Center.

Sitting volleyball dates back to the 1950s and has increased in popularity today.  It is being played in over 50 countries, and became a Paralympic sport in the 1980 Arnhem, Netherlands Games.  In the 2004 Athens Games, the U.S. earned a bronze medal in the first Paralympic competition for women’s sitting volleyball.  In 2015, the U.S. Parapan Women’s Sitting Volleyball Team, ranked third in the world at the time, won their first ever women’s sitting volleyball title at the Parapan American Games.  In 2016, the U.S. Women’s Sitting Team also won a gold medal at the Intercontinental Cup in Anji, China!  The US Men’s Sitting Volleyball team is also accomplished and has earned silver medals for three consecutive Parapan American Games.  In 2016, the U.S Invictus Games Sitting Volleyball Team defeated the United Kingdom earning a gold medal!