2016 AVCA CONVENTION IN COLUMBUS, OHIO WAS THE LARGEST ATTENDED 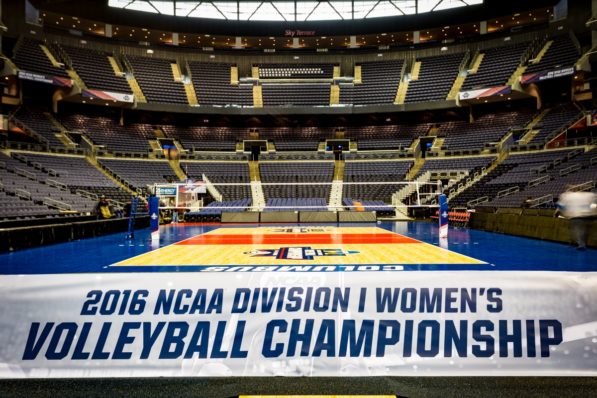 This past December 2016, over 2,300 volleyball coaches gathered in Columbus, Ohio for the AVCA Convention and the NCAA Women’s Volleyball National Championship making it the largest attended convention and the second largest crowd for the championship!  Sports Imports was proud to be a part of such a successful event highlighting the sport we all love. The positive energy that surrounded the AVCA Convention was contagious as coaches from all over the country got together to play volleyball, talk volleyball, and watch volleyball.

The Sports Imports booth was filled with coaches visiting their regional representatives with smiles and stories of how their seasons went, how their volleyball equipment was doing, and what they were looking forward to in the new year.  Coaches gathered to play the “So you think you can serve?” game and were competitive with each other in hopes of winning a free t-shirt!  The loud cheers after the serve went through the hole made the event an enjoyable one.  The Sports Imports Set Right Challenge was also a hit, as the crowd watched and cheered for coaches setting to their target in hopes of winning the iPad Mini.