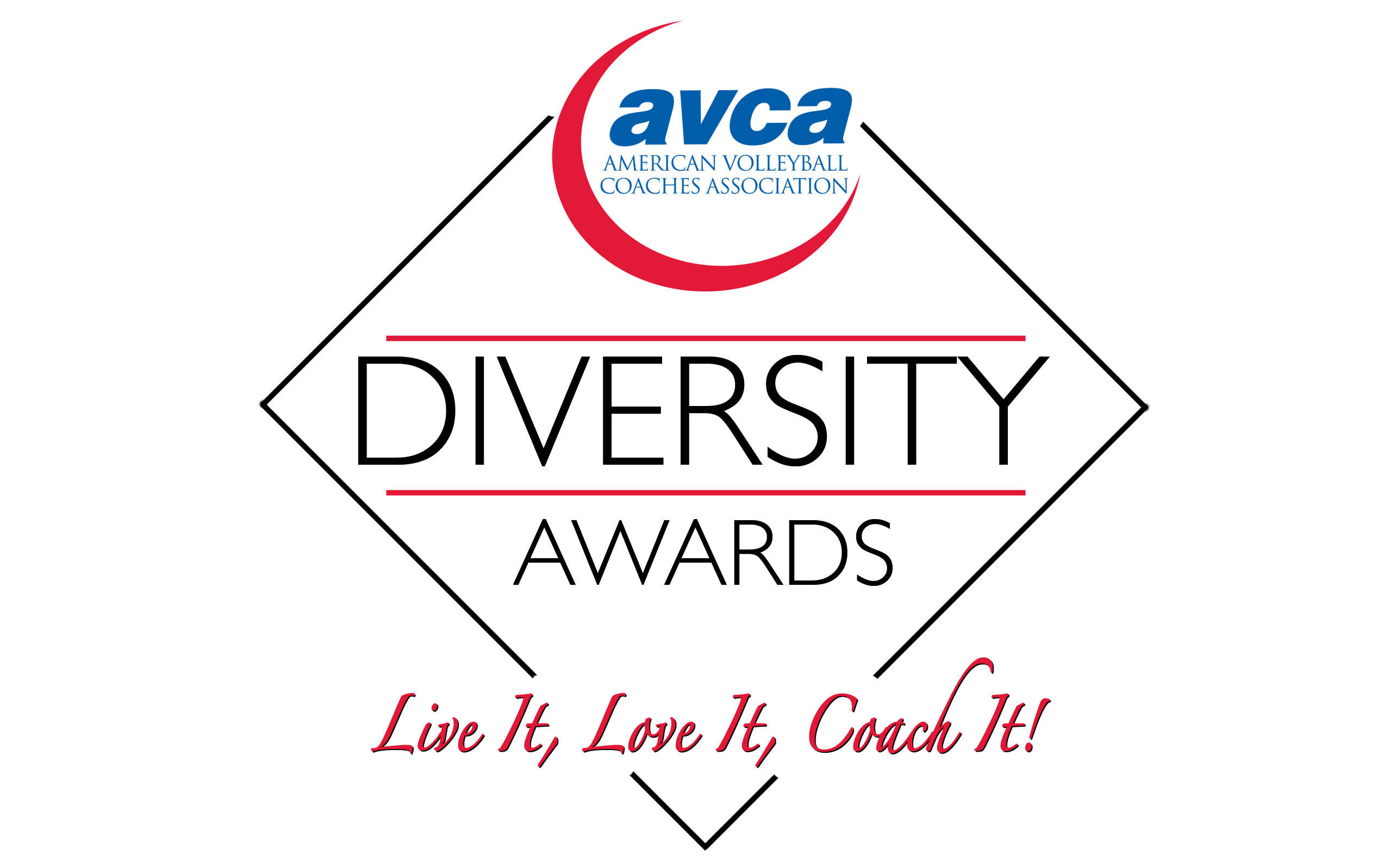 For close to 40 years, the American Volleyball Coaches Association has had a passion for growing the sport of volleyball and supporting coaches through advocacy and leadership.  To honor coaching successes on and off the court, the AVCA has developed a number of awards for volleyball coaches across the country.  The Diversity Awards Program is part of the AVCA’s commitment to diversity initiatives and the development of minority coaches.  Funded by private donations and proceeds from the AVCA silent auction, this annual award recognizes up-and-coming black and ethnic minority coaches and provides the opportunity for gaining access in the coaching profession.

When was the Diversity Award program started, and what was the thought and vision behind it?

The AVCA’s diversity and coach development initiatives date back to the early 2000s.  The AVCA’s leadership and board of directors along with a group of minority volleyball coaches that included AVCA Hall of Famer Deitre Collins-Parker, Ruth Lawanson, current AVCA President Sharon Clark, and Penny Lucas-White steered the early days of minority coach development initiatives for the AVCA community. Grant funding from the National Collegiate Athletic Association (NCAA) allowed this group of coaches to formulate a plan to produce professional development programming.  Other supporting activities and events such as satellite workshops and youth volleyball clinics were designed to advance the coaching profession as well as advance the sport of volleyball by bringing volleyball to diverse and underserved communities around the country.

Fast forward to 2015, the NCAA was no longer financially able to provide grant funding to the level they had, so the AVCA made the decision to fully fund the AVCA Minority Coaches Award program at the 2015 AVCA Convention in Omaha, Nebraska, where seven recipients participated.  In May of 2016, AVCA President Christy Johnson-Lynch,  the AVCA board of directors, executive director Kathy DeBoer, and then AVCA minority coaches board representative Sharon Clark stepped in and the board voted unanimously for the AVCA to fund coach development and diversity initiatives through the annual AVCA Silent Auction and private donations.  From there the minority coaches board representative became the diversity board representative that would lead the soon-to-be formed AVCA Diversity Development Team and the newly named AVCA Diversity Award program began in the summer of 2016.

How has the award program evolved since its inception?

The NCAA grant being awarded to support the AVCA’s minority coach development initiatives in the early 2000s was a huge step in advancing the volleyball coaching profession.  The grant served hundreds of aspiring coaches, but the funding coming in the form of grant meant there were specific guidelines and stipulations associated with the grant.  For instance, the grant only served collegiate coaches working at NCAA institutions.  With the funding process originating with the NCAA’s Committee on Women’s Athletics (CWA), it was specifically for female minority coaches.  With the evolution of the AVCA’s coach development and diversity initiatives now being fully funded by the AVCA, the reach for these initiatives has expanded to include club, high school, and collegiate volleyball coaching communities, as well as all disciplines of the sport and male volleyball coaches.  Another aspect of this evolution is the expansion of funding mechanisms to include organization’s sponsoring award recipients.  This started in 2016 with the Junior Volleyball Association (JVA), executive director Jenny Hahn, and the JVA board underwriting the participation of a club coach representing their association as an AVCA Diversity Award recipient.  The JVA continues to sponsor an award recipient and in 2019, the sponsorship option now includes the NJCAA and the following USA Volleyball Regions – Chesapeake, Delta, Garden Empire, and Pioneer.

Who is the team behind the scenes making this program happen?

How does someone become nominated to be considered as a Diversity Award recipient, and what qualifications do they need to meet?

AVCA Diversity Award recipients are selected through a process that requires the submission of a program application.  With the objective of the program being the advancement of male and female ethnic minority volleyball coaches, program applicants typically identify as part of an underrepresented or ethnic minority group for participation in the program.  Applicants can coach at the Club, High School, or Collegiate level of the sport; including women’s volleyball, men’s volleyball, and beach volleyball.

With so many amazing coaches to choose from, it must be difficult to select the winners.  How do you determine the award recipients each year?

What impact do you think this program is making in the coaching community?

How can an organization or individual support the Diversity Awards program?

When you look at when this award program started and where it is today, what do you see for the future?

The recent tragic events involving Mr. George Floyd, Ms. Breonna Taylor, Mr. Ahmaud Aubery, Mr. Rayshard Brooks, and Mr. Jacob Blake has put a spotlight on the injustices and inequality that Black and ethnic minorities have faced and continue to face on a daily basis in this country.  Sports and athletics are not immune to systemic racism and abuses as it relates to equality, equity, access, and hiring practices.

Having conversations about these systemic abuses is not enough.  It is important that the conversation continue but be supported by a program like the AVCA Diversity Awards that is intentional with empowering aspiring volleyball coaches and providing a platform for visibility and relationship building.

Since 2015, the AVCA Diversity Award program has recognized 51 coaches.  The future is bright with the opportunity to uplift this group of leaders and with increased support have the ability to select a larger number of award recipients in the future.

To apply for the 2020 AVCA Diversity Award Program, fill out an application.